No products in the cart.

In Ireland today, there are over 400 people living with Motor Neurone Disease.

Every year, the 21st of June is MND Awareness Day, also known as Drink Tea for MND Day. It is a day where homes and business’s pop the kettle on and do something really special to help raise funding and awareness for families living with Motor Neurone Disease. 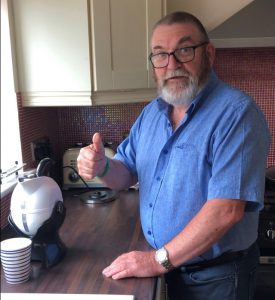 Last year, we partnered up with the Irish Motor Neurone Disease Association to help in raising awareness and share how our Uccello Kettle can benefit those living with MND.

Remember Michael Clancy? He was the IMNDA’S 2020 Ambassador and he truly loved his Uccello Kettle.

This year we have partnered up again and gotten to know the 2021 ambassador; Gerard Tracey. We have gifted Ger his very own Uccello Kettle to help make things easier for him at home. Today we would like to help raise awareness of MND by sharing Ger’s story, so pop the kettle on and have a read. 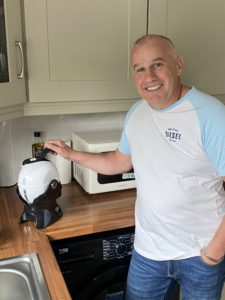 Ger is a Clara man through and through. From day 1 he has always been active. Playing soccer with the lads, fishing with his Father to lifting weights at the gym.

”I have always had a love for the gym, I was well built and I lifted very heavy weights”

Ger is a family man and was very close to both of his parents growing up. He loves his 3 children, extended family and is happily engaged to the lovely Laura.

October of 2020 Ger was diagnosed with MND. He loved the gym and it was over a 3 year period that he noticed a loss in strength and size in his chest and arms. ”I didn’t overthink it at the time, I just put it down to getting older”.

It was last year when he noticed his breathing. ”I would be out of breath for the smallest thing. I also noticed little changes in my hands, I thought it was just arthritis as there is a family history of it”.

It was in the little things with his hands that Ger was starting to find difficult ”They didn’t do what you wanted them to do. That pinching movement. Trying to zip up a jacket, tie a shoe, buttons where a nightmare and putting the key in the door. Your hands just don’t want to do what your head is telling them”.

It was in October when he went for his routine checkup with his doctor that he mentioned his breathing and his hands. ”When she examined me, she noticed my hands twitching as well as she became concerned”.

The doctor sent Ger to Tullamore hospital the following week for tests which included an MRI and a nerve conduction test. It was on the 3rd day that he was told to bring his partner, Laura with him. ‘‘I was sitting in the waiting room with my head in my hands, it’s not good. When you have to have someone with you, it’s not good”.

In with the doctor, Ger was told he has Motor Neurone Disease. He was told it was terminal, there is nothing we can do, there is no cure.

”I was numb, totally numb”

Both Ger and Laura were devasted with the news. They had just gotten engaged that summer and had great plans for the future. ”I asked what do I do? Do I go into work?”. The doctor had said that Ger won’t be able to work, to come out of it. He has worked for 40 years and it’s long enough.

”I was devastated, to be honest with you. You start to wonder what you did wrong. You know, I didn’t smoke, I minded my body. It was the end of the world at that stage for me”.

”You can’t not be negative when you are hit with such a surprise. It’s a devastating illness. I’m my opinion it’s probably one of the worst things out there that you can be left with”.

Ger was referred from Tullamore to Professor Hardiman in Beaumont. ”She changed my way of thinking. She advised me life wasn’t over and all my plans and life should go ahead as normal and try and live as normal as possible. No to people are the same with this”.

Many people with MND can experience a combination of both upper and lower motor neurone degeneration.

”You could see someone tomorrow who can’t talk or swallow. Other people can do that fine but they have no use of their limbs and then others have the whole lot of it. For me, it’s breathing, if I do anything at all the breathing is very hard on me and the hand movement, I can’t do anything with the hands. It’s progressing but not at a fierce fast rate”.

Ger was told that with some types of MND if it starts off slowly, it will generally continue slow. If it starts off fast, it will progress fast. ”I got my diagnosis in October 2020 and one person I know received theirs in December. They can’t talk and can only shuffle across the floor”.

”Am I lucky? Probably not, I won’t go that far but I am not in a bad place at the minute”

Ger credits Professor Hardiman for helping him to change his outlook. ”I could either sit down and wait for this to happen and I think if you do it will happen quicker to you can meet it head-on and fight it. There’s not a whole lot I can do to fight it but I can keep going. I don’t stop and I’m going to keep going as long as I can”.

There is no cure or treatment for Motor Neurone Disease. ”There is a tablet they give and that can slow things down but it’s not much good because MND is different for everyone and it’s 1 tablet for everyone”.

Ger was given a ventilator for nighttime and it breathes with you. ”It’s hard to get used to but it’s good when you do. If I didn’t use it at night, I would be tired” – ”Tiredness with MND is a big thing. I could work all night and then go to the bog after and spend the day there but those days are gone!”

The future for Ger is starting with a more positive outlook. Laura and Ger have a few home renovations to look after and a wedding to plan. Ger is an active member and ambassador for the IMNDA and will keep fighting and pushing to help raise awareness and funding.

While there may not be a cure for MND just yet, he is confident that they will find one in the future. ”They are the most amazing group of people I have ever met. These nurses come from Beaumont to me and this is all from funding. 80% of their work is reliant on funding and that is why I am part of Drink Tea for MND”.

Popping the Kettle On:

This Drink Tea for MND Day why not use your very own Uccello Kettle. The Uccello specifically designed to help those with limited strength, mobility, and dexterity feel more confident and independent at home. We gifted Ger his a Uccello Kettle and he loved how easy it was to use.

How Can We Help?

To use this tool, you will need to highlight the text and click play to activate the speech tool 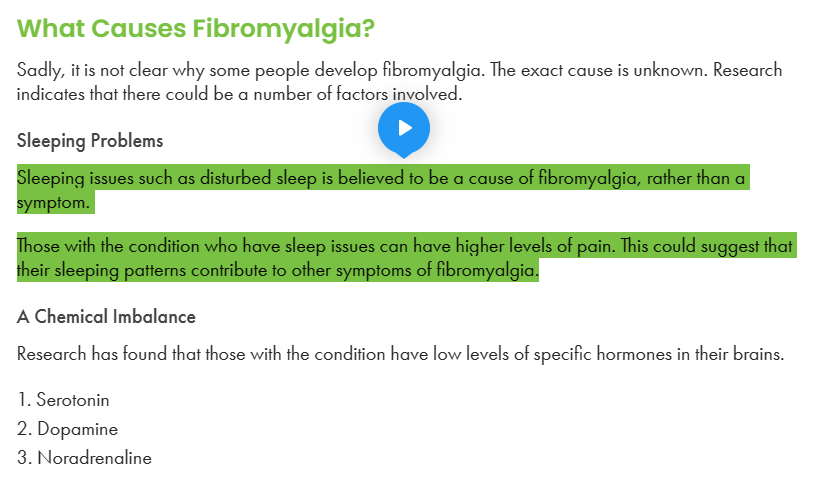 How can I help you today?

This website uses cookies to improve your experience while you navigate through the website. Out of these cookies, the cookies that are categorized as necessary are stored on your browser as they are essential for the working of basic functionalities of the website. We also use third-party cookies that help us analyze and understand how you use this website. These cookies will be stored in your browser only with your consent. You also have the option to opt-out of these cookies. But opting out of some of these cookies may have an effect on your browsing experience.
Necessary Always Enabled
Necessary cookies are absolutely essential for the website to function properly. This category only includes cookies that ensures basic functionalities and security features of the website. These cookies do not store any personal information.
Non-necessary
Any cookies that may not be particularly necessary for the website to function and is used specifically to collect user personal data via analytics, ads, other embedded contents are termed as non-necessary cookies. It is mandatory to procure user consent prior to running these cookies on your website.
SAVE & ACCEPT

Epilepsy Safe Mode
Dampens color and removes blinks
This mode enables people with epilepsy to use the website safely by eliminating the risk of seizures that result from flashing or blinking animations and risky color combinations.
Visually Impaired Mode
Improves website's visuals
This mode adjusts the website for the convenience of users with visual impairments such as Degrading Eyesight, Tunnel Vision, Cataract, Glaucoma, and others.
Cognitive Disability Mode
Helps to focus on specific content
This mode provides different assistive options to help users with cognitive impairments such as Dyslexia, Autism, CVA, and others, to focus on the essential elements of the website more easily.
ADHD Friendly Mode
Reduces distractions and improve focus
This mode helps users with ADHD and Neurodevelopmental disorders to read, browse, and focus on the main website elements more easily while significantly reducing distractions.
Blindness Mode
Allows using the site with your screen-reader
This mode configures the website to be compatible with screen-readers such as JAWS, NVDA, VoiceOver, and TalkBack. A screen-reader is software for blind users that is installed on a computer and smartphone, and websites must be compatible with it.